This piece began as a class from Renske Helmuth at Quilt Canada when it was held in Calgary, Alberta in 2010. It's my oldest unfinished project at the moment and my goal is to finish it this year! 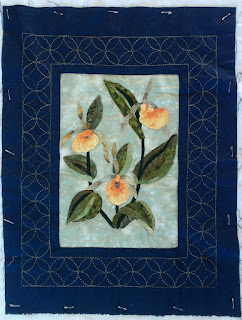 I took the class to learn to do needle turn applique and fell in love with the Sashiko stitiching used in the border. The Sashiko design was transferred to the fabric with a light box and a heat disappearing white marking pen. I don't remember the brand name, but if you want something that disappears after stitching, test first so you don't end up with permanent marks on your quilt. 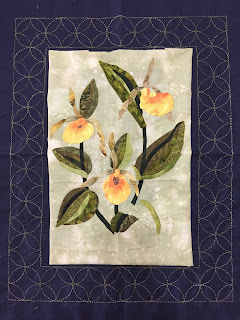 Renske was an awesome instructor, but I did eventually go back to doing the applique with a freezer paper backing that I'd remove when stitching was complete or nearly complete. I'm sure that if I had finished it soon after taking the class, I would have continued with her method of using the freezer paper on the front, but I left it too long! 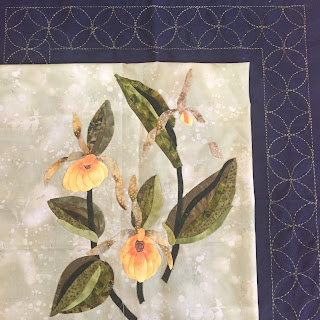 Normally, quilt borders are sewn on in four pieces, first the sides and then the top and bottom. With the sashiko stitching, this wasn't possible and the instructions I had for this piece didn't include the how-to to put the border on. I ended up cutting the centre out and reverse appliquéing it to the lady slipper piece. 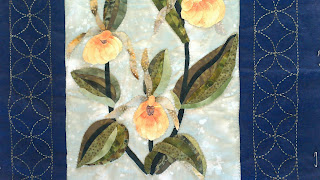 I then added quilt batting and a backing and hand quilted around where I appliqued the border and around all the applique flowers and leaves. I'm still undecided if that is enough quilting or if I will do some more in the background. If I were machine quilting it (which I am not planning to do), I would fill the background with pebbles or some kind of texture that would make the flowers really stand out. Anyway, the jury is still out on that decision, for now, the hand quilting gives enough definition to the flowers. 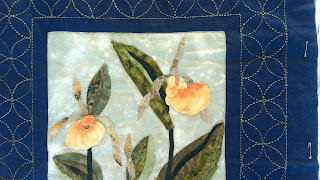 Keeping the border straight was a lot more difficult with the reverse applique than it would have been if the border had been stitched by machine. 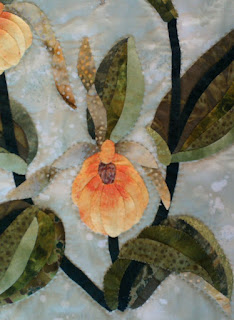 The shading on these flowers was achieved by using a variegated fabric with gradients from light to darker. By placing the templated for the applique strategically, the lady's slippers look round and have depth they wouldn't have had with a plain fabric. But you could probably achieve the same effect by using a pencil crayon or Shiva paint sticks.

All in all, this was a huge learning project for me and it's not finished yet! I intend to finish it, not with binding, but with a facing, including a sleeve for hanging. I've picked out the perfect place for it in my house to hang it. 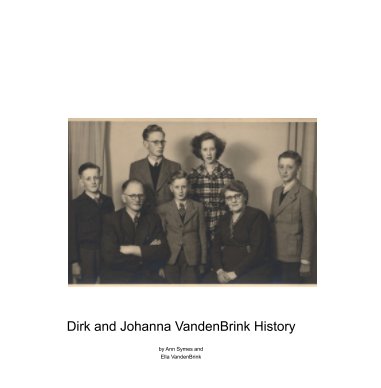